Kano. Weird. Funny.A change in environment equals a change in experience. Staying in Kano has opened my mind to new knowledge and experience. But in all, you just have to accept most changes in good fate and cope with them. I've discovered lots of funny and weird things peculiar to Kano people. I wantu share. Enjoy!!! Most of them deliberately don't speak English. I remember flagging a keke napep and explaining my destination to him. He looks at me sternly and replies me in Hausa knowing full well that I don't understand. I manage to get into the keke and shortly, he starts gisting with a passenger in the English language! Gosh! I felt so awkward that day and I began to laugh inside of me. When I confronted him, he told me that most of them (Hausas) pretend not to understand the English language. They just prefer speaking their native Hausa language. I just "lolled". Like, how could he put me through the stress of trying to explain my destination??? 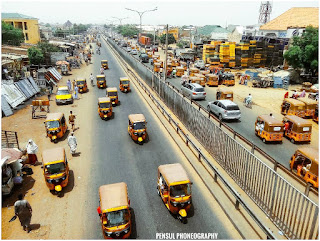 They are surprised when they realise you can't speak Hausa. To most of them, it is impossible to be in Kano and not know how to speak the Hausa language. "You're in Kano and you can't speak Hausa? Haba Madam, Haba!"Men don't hold women (except their wives). Is this a good thing? That's for you to decide.  Walking on the road with someone of the opposite sex leaves everyone looking at you. This becomes worse when you're holding hands. I mean, you must have lots of courage to do that here. One night I and a friend did that, a man had to stop his bike to ask what our problem was🙅. Luckily, the guy in question understood Hausa so he did all the explanations while I watched in awe. 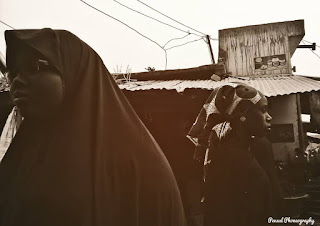 Women do not sit in between men and vice versa on transit. They sit on either end. I love this one sha. I hate it when I sit in between men. This works in my favour pretty well.😃😃They sell everyday. The markets run from Sunday to Sunday and this aids emergency buying.Shops here open for business very late. I come from a place where markets open for business as early as 5 - 6am. Here, they do their things "kadan kadan". Early risers open for business at most by 10am and late risers end up in their shops by 12 noon. This was a frustrating sight initially until I got used to it and gradually adapted. 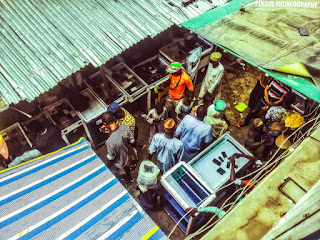 Everything and anything can be sold here. The perfect analogy to use is that of a loaf of bread. This loaf can be divided into ten and sold separately. This means that for any amount you have at hand, you'll surely see something you can afford.Waste is minimal in this part as anything can be sold or given out here.The agberos here are gentle. Port Harcourt agberos will rip you apart while dragging you at the park. Here, just signal them that you're not going their way and they let you be.They trust too much. You go to the market and after a purchase, you make payment but there's no change to give you. They give you your money and tell you to bring theirs whenever you have change😳. Not once, not twice, not thrice has this happened to me and I keep wondering how they are able to keep up with such level of trust. 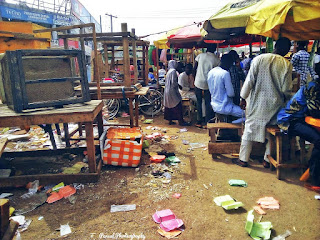 This is a world of lefties. Lots of them abound here. Looks like it's the norm.People are named after towns. Kwankwaso and Ganduje are names of towns in the state too. Tofa, Sumaila, Tudun Wanda, Rano, Karaye, Dala, etc are also names of towns named after people.They love their state so much, even visiting neighbouring states looks like they're travelling abroad. They  wouldn't want to settle in another state but would want you to "feel free" in their state. Those Kano indigenes posted to Jigawa (a neighbouring state) for NYSC would still relocate back to Kano how much more those posted to the East and West. They believe they have everything in Kano state and so, there's no need to go somewhere else. 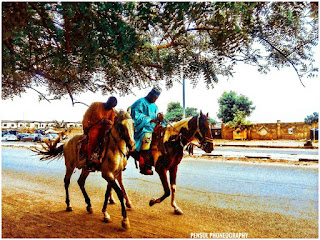 The Leftie Myth
Udochi Adachuks in Rants and Bants Comfort Finally Takes a Bow Out of the Nigerian Idol Stage: My Predictions for the Finals
Clement B. Oke in Rants and Bants